In the most general sense, beer can be classified into two categories: Ales and Lagers. Inside theses categories, and sometimes overlapping, are hundreds of styles and variations that span the entire flavor spectrum.  Sweet, savory, sour, bitter, umami, you can find a beer that can contain one or all of these.  I have a deep appreciation for beer, mainly because it tastes good, and I would reluctantly consider myself a beer nerd despite having a deep hatred for the hyper-materialistic trajectory it’s on.  I’ve waited in line for hours just to get a case of beer; despite everything my parents and the movie Strangeland have taught me I’ve even met strangers from the internet to exchange bottles –  I’m definitely a fucking beer nerd.

I like beer because the territory of exploration you can cover is less daunting and more accessible than the world of wines.  If beer is a galaxy, wine is a universe. I want to understand what I drink. Everyone wants in on the joke, which is why most people will opt for a self-identifying Thai Basil saison instead of attempting a game of palate charades with an $60 Amarone.  The payoff is quicker for beer. Granted, I like both, but we’re talking generalizations here, right?

Nobody wants to be this guy

Beer is currently having it’s renaissance.  It’s never been easier to try, find, and brew beer than right now.  As a result, you’re able to get some high quality beer at your average hood liquor store.  Different styles of beer come in and out of fashion and the big brewers (think Sam Adams) who used to be far ahead of the curve and set the market now tail the trends by light years.  The biggest trends in beer right now are New England IPA’s and American Barleywines.  NEIPA’s are the pre-diabetic jolly fat cherubs that will eventually turn into the older, darker, bitter alcoholic adult that is a Barleywine.  NEIPA’s look like a frothy glass of Sunny D and are typically fruity and lacking any of the bitterness you traditionally associate with IPAs.  Feel free to smash one of these in the mouth of your friend who complains about bitter beer.

The shitty part about NEIPAs is that the best of the genre are typically not in distribution and require waiting in long lines at breweries typically located in the middle of nowhere.  Luckily for us, some of the best in show, Other Half, Interboro, LIC Beer Project, and Kane, are just a short drive from JC.  Unlike NEIPA’s, you can get some amazing Barleywines at your local bottle shop, with some of the best coming from microbreweries with national distribution. 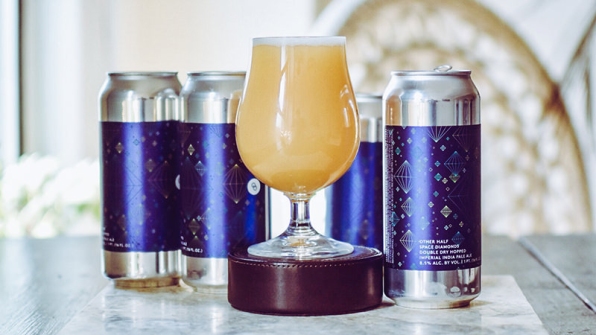 This all goes to say that you, consumer, have so much choice in the current beer market, so where you decide to drink your beer in JC tells me a lot about you.    If you’ve got no preference, you’re a fucking pleb and you can stop reading.  There’s a time and place for everything.  you don’t have to drink great beer all the time, you know my affinity for boilermakers, High Life, and frozen drinks.  But you really should have another gear, especially with the amount of high quality craft beer floating around. Unlike Brisket, we have a few spots in JC that are worth mentioning.

If you do have a preference on where to drink, I’ve got an opinion on it.  Why?  Because that’s the whole point of this stupid blog.

Our beer sucks, but you get a lot of it.

You’re going here because it’s literally the closest outdoor space with booze you can find after work, and sometimes in life you need to make tough decisions.

No good beer.  Lots of Frosé though. Lutze is perfect for you if you are A) Unemployed and experimenting with immersion therapy by surrounding yourself with the happy-houring business-casual crowd B) a hotel enthusiast who appreciates a good view of the Hyatt  C) Looking to cement your masculinity by totally destroying some tourists children in foosball.  You’ve gotta play ‘em like an adult.  No free passes.

You’re going here because you have 23 other friends that are trying to meet up and they all want a big beer.

These two are pretty much interchangeable. The place is big, the beers are big.  Much like the flat goat piss you will probably be served, they both get a little stale around the 1 hour mark.  Somewhere around 2010 “Don’t Tread on Me” bumper stickers and beer gardens started inexplicably popping up everywhere.  I’m sure they share a common ancestor somewhere.  The main difference between the two is that one collects Nazi memorabilia, the other actually is Nazi memorabilia.

Regardless, both of these places are over represented by German beer and German beer is meh.   I’m not including the countless variations of seasonal and monastic brews that warrant some self-flagellation. What I’m really saying is that German macro-lagers are boring.  Its like only painting with primary colors.  German beer purity law, the unnecessarily scary sounding Reinheitsgebot, Is about staying as close to the original concept, keeping tradition and purity.  Totally on brand for the Germans, and the main reason why all their beers have blonde hair and blue eyes.

The crowd at these places borders on intolerable at times.  If you’re going for sports, its a little more manageable.  When LMFAO is blasting at 4PM and some bare chested bro is vaping HARD at the bar, then maybe it’s time to leave.

And did you hear that the guy from Zeppelin Hall won on Chopped?  Yes.  In fact, the only one that hasn’t heard is the plate of 48 bland pierogies I’m going to order after I drink this terribly warm and flat beer….

Me walking up to the bar: “You know its going to be flat and warm by the time you get halfway through it.  You know this because you’ve done it so many times before and you STILL keep doing it.  Just stop.  You don’t even like the taste of this beer that much.  You’ll get tired of it.”

Unless you’re wearing lederhosen, beer shouldn’t be drank from a 64oz stein.  Order 2 or 4 smaller beers. Be better than me.

All the New Jersey Beer you can choke down

If your going for early morning soccer prepare for the occasional enforcement of feudal-era bar law, like limiting the size of your drink order, limiting the frequency of your drink order, and possibly Primae Noctis. Occasionally you can get some really solid offerings from Magnify and Kane here, which is the only thing keeping Atlas House from getting a big frowny face.  The music (early 2000’s top 100) doesn’t match the decor (Professor Plum in the study with a candlestick).  You can do better. 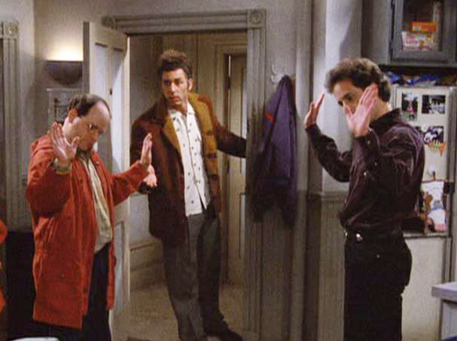 Pint is loyal to NJ beers to a fault.  If the Jackson Whites brewed a Kellerbier with durian and skunk piss, they’d have it on tap.  Some truly awful NJ beers get put on tap here, but I respect their dedication to showcasing what we’ve got. In doing so Pint has cornered the market on gay craft beer bars in NJ, which makes me very happy. No group of people have done more for my self esteem than the gay community.  Thanks for making me an object of sexual desire and fetishization for once in my life. Cheers

Fuck you, bottle shops are better.

You’re smart, but you probably don’t leave your house much.  Also, you will be disappointed that you can’t use the Dogecoin you’ve mined to buy that bottle of Lolita.

As much as you need to support your local beer bar, you need to support your local bottle shop.  JC has three standouts that require adequate suction.  Jersey Wine and Spirits had/has a pretty legit beer meetup, which a handful of local neckbeards share sips of rare beer and attempt to titty-fuck each other. Haven’t been in a while, but it’s really fun and the best way to try beer you typically won’t find on the shelf.  Thirsty Quaker has probably the most knowledgeable beer people on staff and carries homebrew equipment. You can spend hours jabberjawing their staff about wort pH and grain bills, getting yourself one step closer to losing that pesky pinkie toe. 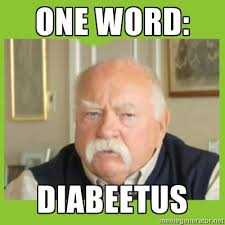 Cool Vines is the fucking best though.  Yeah, I probably love Cool Vines more because they have a fucking banging selection of wine, and a cool staff, and ice cream and cured meats and cheese, but so what.  They keep local beer on tap and on the shelves and they have a robust selection of sours to drink through. On Friday’s you can join the other slaves to work and relationships by having an exciting night tasting a handful of wines and purchasing something that pairs nice with the the Indian food and sweatpants that are on your horizon.

Check back later this week for Part 2 where I talk about JC’s breweries and the best beer bars.

I created Nice Things because I want us to have nice things. So if you enjoyed what you read, share it with your friends.  You can follow me on Instagram @NiceThingsJC